Saints made it three wins from three over second placed Warrington after an impressive 30-12 victory at the Halliwell Jones Stadium as Justin Holbrook's side warmed up for our Wembley rematch in perfect fashion.

Warrington took the lead through Jake Mamo before a swift reply from saints through Kevin Naiqama leveled matters. Warrington regained the lead through debutant Josh Thewlis, but yet again Saints replied within minutes through a solo try from Jonny Lomax.

Saints got off to a flyer in the second half with Joseph Paulo scoring his first try in the red vee followed quickly by a try from centre Matty Costello before a Tommy Makinson special wrapped up victory.

It was Warrington who got off to a flyer with a Saints knock on giving them excellent field position. On the next set, the ball was switched from left to right and a cut out pass from Ratchford fed Mamo who finished in the corner. Ratchford was unable to add the extras.

Saints were not behind for long though as strong defence from Matty Lees and Dom Peyroux forced the knock on from ex-saints Matty Smith who was making his Wire debut. A strong carry from Luke Thompson caused mayhem in the Warrington defence and on the next tackle the ball went out wide to Richardson who fed Man of the match, Jack Welsby and he put Naiqama over to score. Richardson added the two.

Warrington regained the lead through debutant Thewlis. Ratchford again providing the cut out pass to the winger who put the Wire back in front.

Saints responded instantly through Lomax. Riley Dean’s kick went out on the full and from the scrum the ball found Lomax and he ran straight through the gap to score. Richardson added the extras.

The first half ended with Ratchford converting a penalty after Saints were penalised for offside.

Saints and Regan Grace started the second half on the front foot as our Welsh wizard Grace made a typical jinxing break. Welsby’s delicate kick forced the goal line drop out which resulted in Kyle Amor step past the Warrington defence to run 40 metres before feeding Paulo on his inside to score his first Saints try. He was naturally engulfed by his Saints teammates.

Warrington then won a penalty after Ashworth was penalised for a late tackle. Warrington opted to take the two and Ratchford converted in front of the posts.

Saints were in again after a flowing move down the left hand side resulted in Richarson finding the ever-improving Welsby and he fed Costello who dummied and touched down in the corner. Richardson converted brilliantly off the touchline.

Saints were in full flight and on the very next set went 100 metres to score with Lomax and Welsby involved and the latter put Makinson in at the corner to score a spectacular try. Richardson converted keeping his goal kicking perfect on the night as Saints geared up for our Wembley re-match in perfect fashion. 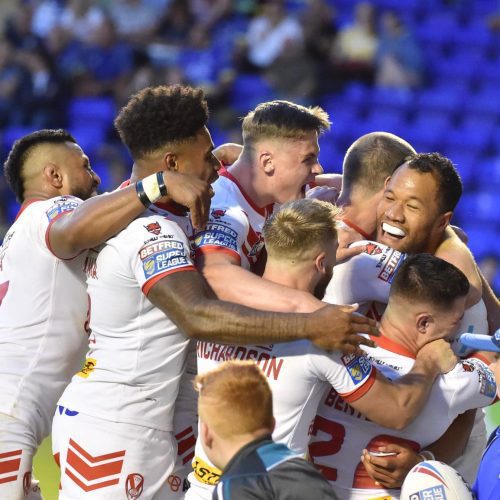 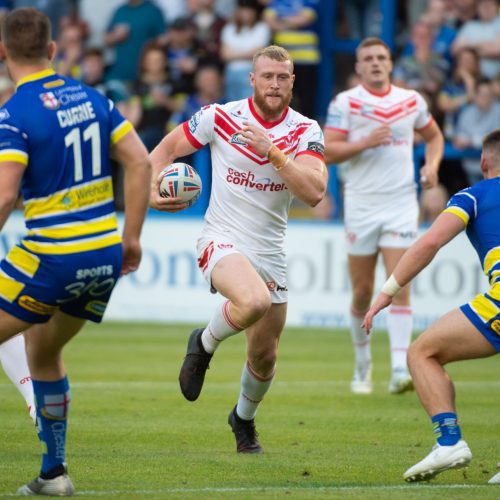 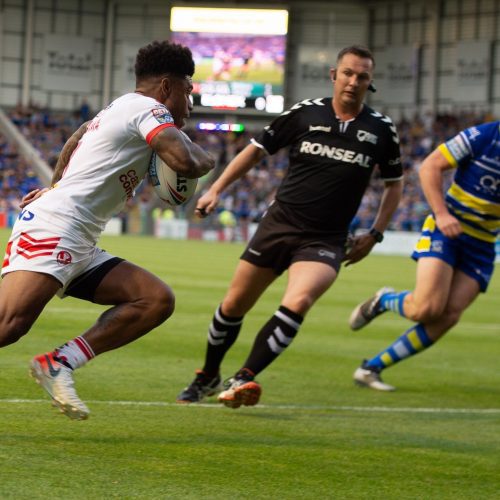 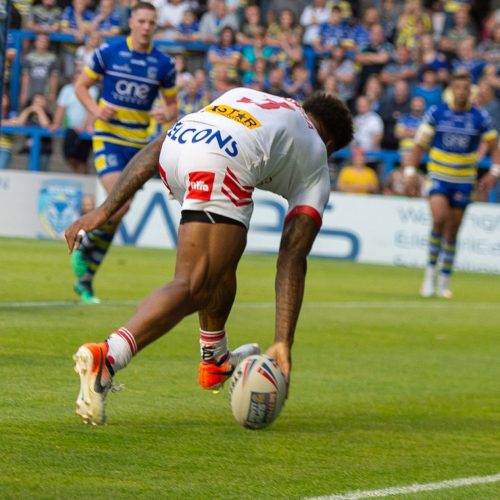 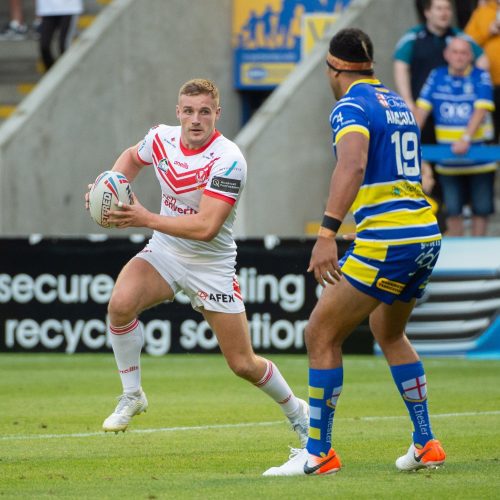 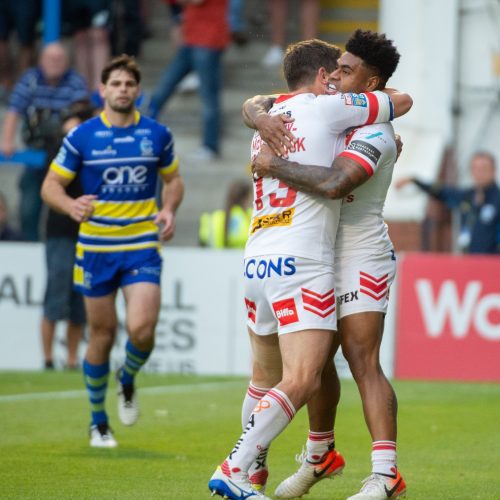 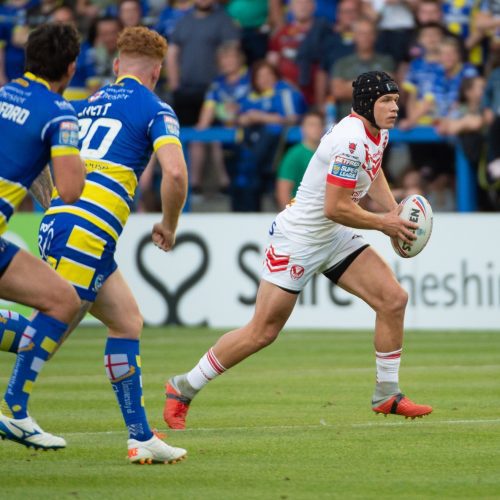 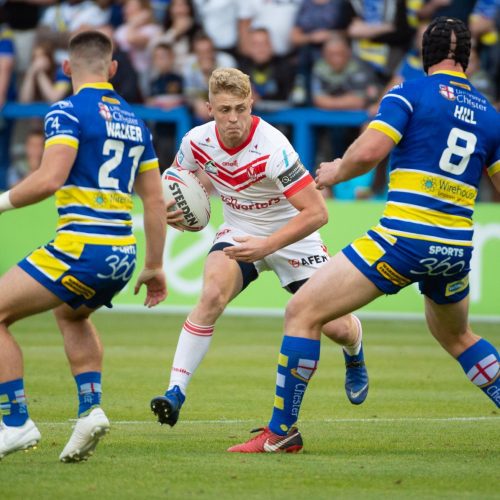