Head Coach Kristian Woolf has provided a further update on James Bentley after the forward was stretchered off in Saints victory over Leigh on Friday.

Woolf told saintsrlfc.com: “Obviously it is not good news. He does have a break in his leg and there is a bit of damage to his ankle as well. It is a complicated one and he is going to go in for surgery later this week and he will be out for an extended period of time.


“We don’t know the full extent of how long he will be out for just yet. It won’t be season ending, but it will be extensive and once he gets that surgery performed, we will know the exact time frames in terms of when he will come back to play.


“James is a real respected member of our team and has been a massive part of our team and success over the last few years, especially in the back end of last year. He is a player who gives his all every week and he is going to be missed. We hope his surgery goes well and we wish him a speedy recovery. We look forward to having him back with us later in the year.”

Everyone at the Club wishes James well in his recovery.


The boss will address the media later today in his weekly press conference and we will have an interview with him on Saints TV ahead of Saints Betfred Challenge Cup Quarter Final with Huddersfield on Friday. 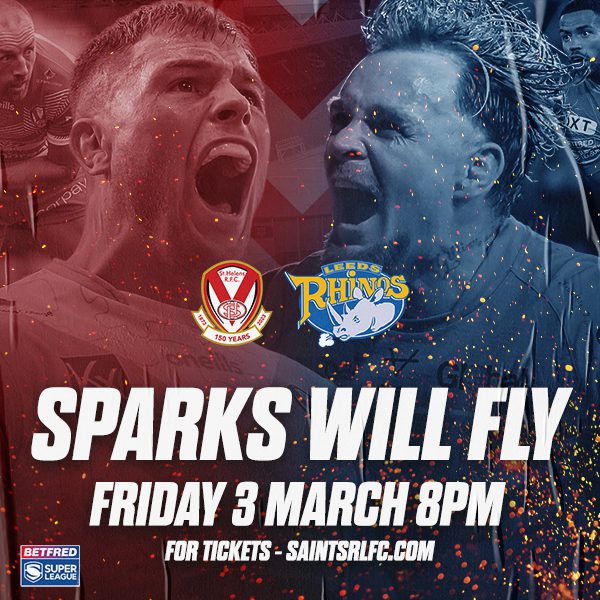