Brian Hogan, aged 74, a popular local lad who represented his hometown team as a front row or second row forward from 1966-1968 in 53 matches, scoring 6 tries.

A real firebrand on the field from his early days, with his distinctive hairstyle, Brian could always be relied upon to get stuck into the opposition. He was the archetypal hard-running, hard tackling forward, who would not take a backward step. In many ways a real larger than life character, it was an uncompromising style that was to be his trademark in a career that involved several top clubs and representative recognition at county and international level.

Brian was a product of Merton Bank Junior School and first began playing rugby there at the age of nine. The Headteacher was the Saints’ Chairman Harry Cook, so perhaps this was a factor in his future career! He moved to Parr High School and played for the Town and Lancashire schoolboy teams.

On leaving Parr High, Brian began playing amateur rugby down at Blackbrook, in the Under 17s and came to prominence in televised matches that were usually shown on Sundays. A Saturday afternoon visit to a match at a somewhat rain-lashed Merton Bank by Saints’ Vice-Chairman Cecil Dromgoole and Secretary Basil Lowe confirmed the club’s strong interest in the youngster. He signed for Saints at sixteen, on 15th October 1964, impressed in the B and A teams and made his debut against Salford at Knowsley Road on New Year’s Day 1966. He was substitute forward, with Wilf Smith substitute in the backs. Saints won 16-3, on their way to a marvellous four-trophy haul. Brian featured in several matches but didn’t get the call for the Challenge Cup or Championship final.

Overall, Brian went on to play in five finals for the Saints. His first was the drawn [7-7] Championship final against Wakefield in 1967 as a thunderstorm raged around Headingley stadium in Leeds. He was unlucky not to score after he failed to control the slippery ball on the wet turf as the try line beckoned at one stage. Tony Barrow followed up, but his effort was disallowed for the previous knock on and Saints went on to lose the replay 9-21 at Station Road, Swinton.

Ironically, Brian was involved in another drawn final, this time in the Lancashire Cup, when Saints and Warrington drew 2-2. He was not involved in the replay, although he did get that elusive winner’s medal when Saints thrashed Oldham 30-2 at Central Park, Wigan in the 1968 Lancashire Cup final. Brian was in the second row that day, with John Mantle partnering him. Another memorable encounter for him was when Saints beat the Australian tourists 8-4 in a real ‘battle royal’ on 24th October 1967.

His last match as a Saint was another final, this time in the Floodlit trophy. It was at a murky Central Park on 17th December 1968, when Wigan won 7-4, a game in which Brian showed his fiery side once more by being sent off after a set to with Bill Ashurst! In a somewhat sensational twist, he made his debut for Saints’ deadly rivals after his unexpected transfer to the Cherry and Whites four days later, when he stood in for the injured Terry Fogerty in the back row for the game against Workington Town. He never changed the abrasive style that saw him spend quite a few hours at the RFL judiciary!

Brian played for Wigan from 1969-1972 and had a second spell with the club from 1974-1978. He captained them too and played in the 1970 Challenge Cup final against Castleford and the 1971 Championship final, when Billy Benyon’s last-minute try brought victory for his former club. Brian was also a 1975 World Championship representative for England, when the competition was more elongated, on two continents. He also had three spells with Widnes; played for Bradford Northern [a second Wembley appearance in 1972-73] and finished his career with a season at Oldham in 1982-83. He worked for St Helens Council in the Building Department for many years.

Everyone at Saints sends their condolences to Brian’s family at this sad time. 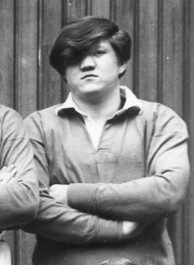 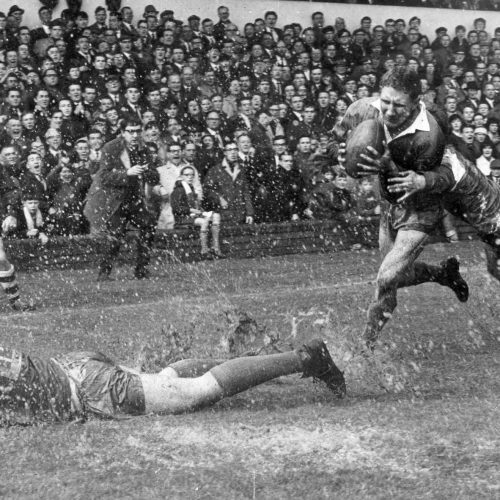 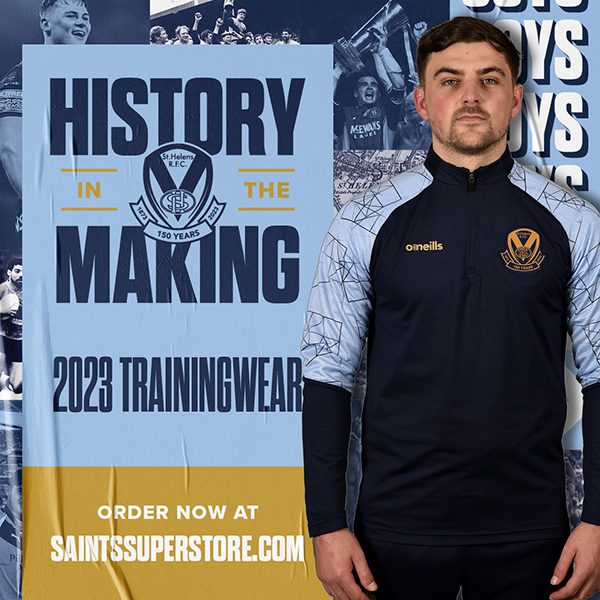